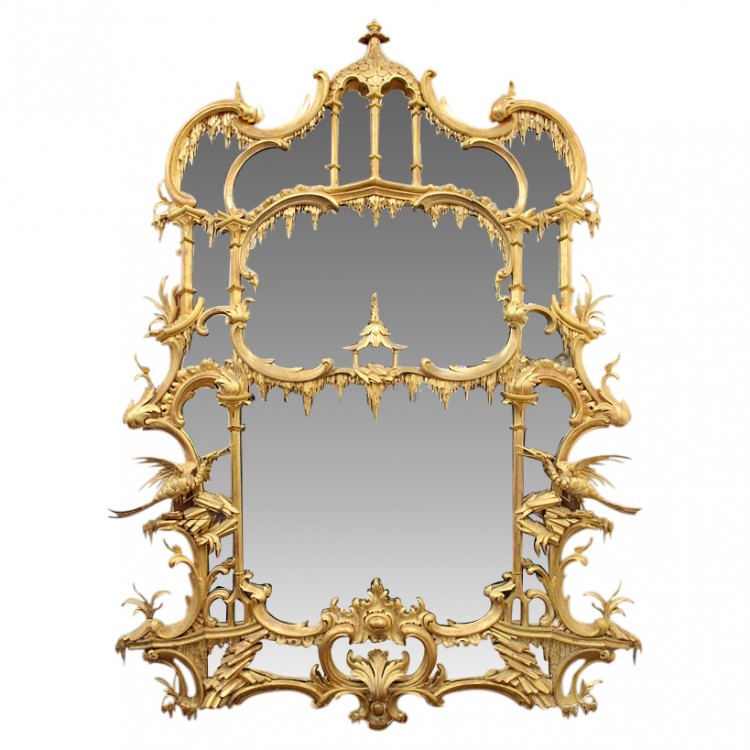 Antique mirrors can be one of the most interesting features of any modern home – and they are also incredibly diverse! The mirror is not a modern invention but has instead been used since ancient times, from Egyptian mirrors in polished bronze (2900BC), to Chinese bronze mirrors dating as early as 2000BCE. The complete history of mirror production is fascinating but incredibly complex, and so for brevity we will start at the 15th and 16th century.

At that time, there was a large divide between mirrors of quality versus quantity – from the expensive and competitive pursuit of ‘crystalline’ glass between Germany and the Venetian Republic, to the cheaper, inferior small steel ‘mirrors’ which could be purchased from street vendors.

Throughout the 16th century, the Venetian mirror was considered the epitome of (costly!) fashion, especially in France – and King Francois I purchased several adorned with gold and precious stones. This Venetian technique used glass with a metallic backing and it became a practice adopted by craftsmen in London and Paris by the middle of the 17th century. These mirrors were a popular addition to room furnishings by this time – and their frame also became an important consideration. These ranged from painted, carved, gilded and ornament decorated. 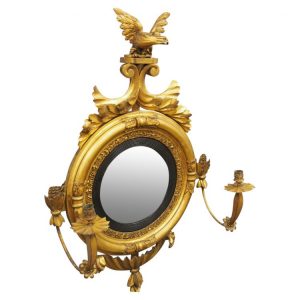 Certain types of mirrors were also designed to suit the architecture of homes of the time, especially overmantel mirrors – created to fill the empty space between the mantelpiece and the ceiling. Girandole mirrors (like the one on the right) emerged in the 19th century and served a double purpose: with a convex sheet of glass in a circular frame, and candle arms attached, the candlelight would be reflected and illuminate the room.

We keep in stock as much variety as possible with these mirrors – and lately the more ornate, gilt overmantels have proved a popular choice.

For those wanting something a little smaller and narrower, we also have pier mirrors which were designed to fit on a ‘pier’ space (for example, a wall between two windows), and often above pier cabinets.